A Biblical Leadership and the Church Discipline: Sixteen Textual Sermons

In this book, the author is attempting to define biblical leadership and church discipline. He has pointed out the role of the biblical leadership to act as a good shepherd as Jesus Christ was. He discussed how Jesus Christ opposed false leaders and cleansed the temple at Jerusalem as an act to return to Gods way of holiness and piety. His role was assumed by his apostles. They condemned false teachers and apostles and removed wicked persons from churches. The apostles were doing the work of the prophets of the LORD God to turn to God and to bring reforms in the Church and exercise church discipline. This book would help know church discipline from a biblical point of view and a necessity to enforce on the believers in order to maintain the image of the Church as a holy institute standing for sacredness of human life and justice for humanity. Rev. Dr. Jasmin Hivale -Quibell, B.A. (Hons.), M. R.E, M.DIV., D.Th. A clergy in Anglican church, Niagara-on-the- Lake, Ontario, Canada. The Rt. Rev. Dr. Daniel D. Rupwate, B.A.(Hons),B.D., M.Th., was the General Superintendent of the British Methodist Episcopal church of Canada from 1987 to 1998 .He graduated from the University of Pune with B.A. (Hons).He obtained his B.D. and M.Th. from the Senate of Serampore. Whilst in India, he served the Methodist church in South Asia as a Minister in Nagpur, Poona, for a years and he served as a Regional Secretary of Maharashtra State of the Christian Institute for the Study of Religion and Society. 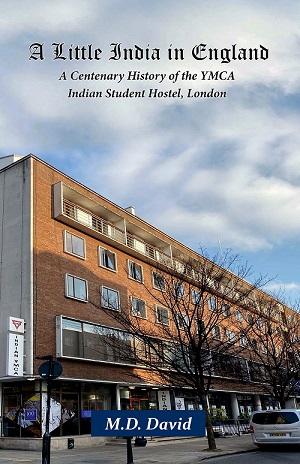